Judging rights: International FCI ALL Round judge – All FCI groups, All breeds. 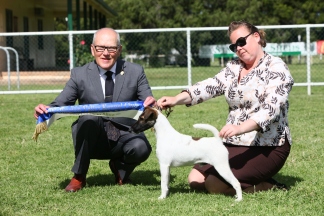 Harry Tast purchased his first dog in 1963 and the first litter was born in 1968. His breed is Fox Terrier and the prefix is “Bonnie Step”. For the breeding activities he has been awarded the Vuolasvirta Breeders’ Plaque of the Finnish Kennel Club in 1982 – as the first Fox Terrier breeder in Finland.

Tast has been active in the Finnish Kennel Club and its regional organisation and several breed clubs. He has been member of the Finnish Kennel Club Council and Board and the chairman of the Exterior Judges and Show Committee also representing Finland in the FCI Show, Judges and Ferreting Dogs Commissions. He has been a.o.t. the President of the national Fox Terrier Club and of the Ferreting Dogs Section of the Regional Kennel District.

As a exterior judge he received the first qualifications in 1985 and is an all rounder since 2003. He has judged in most countries in Europe as well as in Africa, Asia, Australia and North America.

In addition to dogs he is also active in equestrian sports and breeding. He has been active as an international dressage judge, a gait judge for riding horses and a member of the national Stallion Committee. 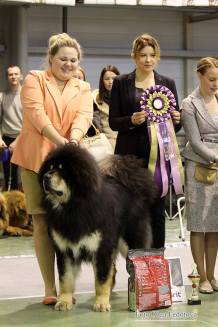 CV: Polina Simic realizes that cynology is her life in Russia in DOSAAF Club (Cinology Club for military dogs). Polina purchased her first dog in 1984 and the first litter was born in 1986. Her breed was the Airedale Terrier and the prefix is „Ezheni“. She was dressage instructor and an active member of the club Airedale Terrier. In 1995 she moved to Serbia and started breeding Caucasian shepherd dog and later in 2004 Central Asia shepherd dogs. She is owner and breeder of Caucasian and Central Asia shepherds with the kennel name „Ruski Izvor“ (2002.), which produced many champions, has a world champion and Europe, many champions of different countries. In 2003 she established the first Caucasian & Central Asia shepherd club in Serbia  and after 2 years Club transformed to Club of the Russian breeds. For 15 years now she is being the only President of the Club. Author of the book about Caucasian Shepherd, as well as the editor and publisher of several magazines on Russian breeds and a promoter Russian breeds. Organiser and show director on many speciality dog shows in Serbia. Published her kynological articles in “ZOV” magazine and other Cinologycal magazins in Serbia and Russia. As a judge exterior, she received her first qualifications in 2001 and in 2005 she became International judge.

До втората дата на затваряне остават:06.05.2019
At the day of the dog show the fee will be collected by Municipality of Parvomay First dog – 35 leva Every other dog from the same owner – 30 leva Categories – puppy, junior and veteran – 20 leva